The reason for the formation of the SHUFUREN was because of the campaign held by the Housewives Convention in September 1948, to “Remove Shabby Quality Products”. (The year of Showa 23). During the so-called “distribution era”, it was a distressing time because almost everything was distributed by the government. Mumeo Oku (the first president) voiced out throughout the activity to “exchange the defective matches for better quality ones” and to “raise economic awareness of women and unite in solving the problems of their lives”. The following month, the SHUFUREN was formed. The purpose of the Association is to “establish the rights of consumers, perform necessary activities to protect human lives and maintain its own presence”.

Since then, the SHUFUREN raised common consumer issues on a wide range of subjects such as peace, prices, taxes, food and the environment, using the slogan: “raising the voice of the kitchen to the politics”. At the same time, we made efforts to have the opinions of consumers reflected in government policies.

History of SHUFUREN
■ Major efforts in the 1950’s and 1960’s
“Campaign to remove Auramine”. The SHUFUREN’s commodity laboratory detected the toxic pigment, auramine, from Japanese traditional pickles called “Takuan”. This problem was successfully solved by means of this activity. Further monitoring activity for fraudulent cases were done, beginning with the incident of ‘counterfeit canned beef’. Additionally, detecting “formalin” from urea resin dishes made by plastic tablewares. These testing & monitoring activities contributed to the strengthening of hygiene administration and the establishment of the Regulation under the Premiums and Representations Act.

■Major efforts in the 1970s and 1990s
In 1971, appealed to “Fair Competition Codes concerning labeling of Fruit Beverages” and raised a beverage trial that is positioned as a consumer rights lawsuit in 1973. In 1974 Yamikartel (illegal groups who work together behind setting prices) Kerosene trial was brought with CO-OP such as Tsuruoka city and Kanagawa prefecture. Besides those days, there were some cooperative movements we engaged in, such as boycotting buying color-TV sets, promoting, measuring air pollutants, in addition to this, we opposed the rise in public utility rates due to passing on the higher profit margin due to high yen, also against consumption tax, and the PL law and the campaign to establish the information disclosure law.

■The establishment of the Consumer Agency is a long-standing “dream”
In 1959, the first president, Mumeo Oku, who served as a member of the House of Councilors, appealed to establish a “comprehensive government office planned for the stability of the people’s life and strongly promoting its measures” among the questions of the Diet. This dream has started moving towards its realization at the stroke of the 21st century. The coworkers actively participated in the campaign, seeking to establish the Consumer Agency and the establishment of the Consumer Affairs Agency was realized in 2009 in just 50 years after the complaint allegations of Mumeo Oku.

■Major efforts since the year 2000
Movements against the loser burden system of lawyer’s expenses, JIS standardization of the recall notice, establishing an investigation institute campaign on consumer accident, chemical safety, TPP objection, opposition for consumption tax and tax increases, centralized food indication labeling from a consumer’s perspective, IT related consumer issues, and so forth. These movements are expanding further. We are also focusing on the efforts to reflect consumer opinion in formulating international standards such as ISO. 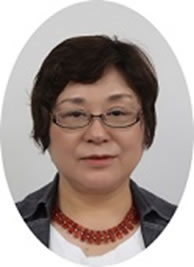 Yoshiko Arita, President
For 13 years, the word “Protection” was omitted from the Basic Law of Consumer; but, that does not mean the consumers who must be protected have disappeared. The COPOLCO committee has great regard toward “vulnerable consumers”, knowing the importance of having an international standard for product safety (ISO), especially as some “Consumers are in a position that is generally more susceptible to damage, such as children, adults with disabilities, and pregnant women. (IEC Guide 51 Revision of Consumer Perspective).

Until now, the SHUFUREN has been involved in the creation of drafts of JIS and ISO and has given voice to consumers’ opinions. It has also specially requested safe designs, having in mind that the products might be used by vulnerable consumers. Moreover, we have acted to improve the system on making toys safe, and on how to provide information to consumers, and in the last few years, we have also distributed information on the safety of children’s clothing. In addition, we have organized issues from the standpoint of consumers for accident investigation and thus proposed the need of international standardization.
In order for consumers to select quality foods, products and services on their own will and judgment, it is necessary to have clear and correct information (display).

Also, regarding new services, unlike businesses and experts, consumers are in a weak position, having little power in getting information or in negotiating. We feel our mission as a consumer organization is to quickly identify problems and respond accordingly. We aim to establish power for the society and consumer in that we do not forget to pay attention to vulnerable consumers. We also desire to work closely with our members in to achieve this goal.